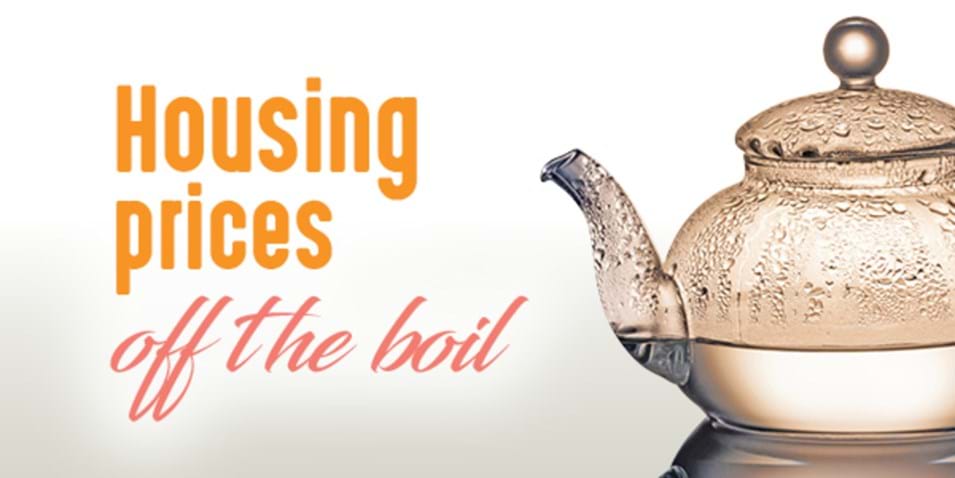 The Australian housing market appears to have reached a turning point, with prices falling 2.2 per cent since peaking in September 2017. This is welcome news for first home buyers; not so much for sellers and investors.

However, national averages can be misleading. As always with residential property, it’s a tale of many markets with big differences between states, cities and even between suburbs. Before you make any property decisions, it’s important to look beyond the national figures to understand what is happening to prices in your neck of the woods and why.


A tale of many markets

There are a variety of factors at play. The Australian Prudential Regulatory Authority (APRA) has imposed tighter lending standards on the banks and encouraged them to restrict higher risk lending, which has slowed market activity. This is reflected in a 3.8 per cent fall in home loan numbers over the past year in all states except Tasmania.

There has also been a fall in foreign investment. Last year, Chinese investment in local residential property fell 25 per cent, although Australia still ranks second only to the US as a favoured destination.

With fewer buyers in the market and an oversupply of new apartments in Sydney and Melbourne in particular, sellers are having to drop their asking price to compete.


Mortgage rates on the rise

More recently, three of the big four banks and many smaller lenders have lifted mortgage interest rates due to the increased cost of funding. Lenders source much of their funding from overseas markets where interest rates are rising, unlike here where the cash rate remains at an historically low 1.5 per cent.

This raises the bar for first home buyers and puts added pressure on existing borrowers who are already stretched to the limit. But headline rates can be deceiving. Most lenders still offer discounted rates closer to 4 per cent for eligible borrowers.

Rates on interest-only loans, used mostly by investors, have been increasing for some time. Interest-only loans typically have a term of 1-5 years after which they revert to principal and interest payments. This has raised concerns that investors who took out loans at the peak of the housing boom may struggle to meet higher principal and interest payments. Forced sales could lead to further price falls.

However, as Reserve Bank Assistant Governor, Michele Bullock recently said, “borrowers have been transitioning to principal and interest loans for the past couple of years without signs of widespread stress”.

Despite falling prices, housing affordability remains an issue, especially for first home buyers in Sydney and Melbourne where home values have soared in recent years. The median home value in Sydney is $855,287, almost twice as much as Hobart ($437,254) and more than twice the regional average ($368,366). But prices are only part of the equation.

Affordability is measured by the share of income required for mortgage repayments. In June 2018, for borrowers with a 20 per cent deposit, the repayment required on the average mortgage amounted to 36.3 per cent of gross household income. Ten years ago, it was 51 per cent. That’s due largely to mortgage interest rates almost halving over the same period, according to CoreLogic’s latest Housing Affordability Report.

Once again, they are national averages. Sydney and Melbourne are least affordable while Canberra and Darwin are most affordable due to relatively high incomes in Canberra and rising salaries and falling prices in Darwin.


What does it mean for me?

For first home buyers, the biggest stumbling block is often saving a deposit as rising prices push desirable properties further out of reach. But with prices expected to fall over the next couple of years, time is on your side.

Now that banks are tightening their lending criteria, self-employed people will need at least three years of tax returns and PAYG earners will have their expenses examined more closely.

Homeowners planning to downsize have an opportunity to sell now near the market peak and buy a smaller property in a falling market. What’s more, if you are over 65 you can put up to $300,000 of the sale proceeds into your super for a significant tax saving.

Families looking to upsize to a larger home also need to weigh up whether it’s better to sell and buy now or wait and see if prices of larger homes fall further. The decision will depend on knowledge of your local market.

As mortgage rates begin to edge higher, all borrowers are urged to stress test their capacity to make higher repayments and adjust household budgets where necessary.

If you are looking to buy or sell a home or an investment property and would like to discuss your options, give us a call.